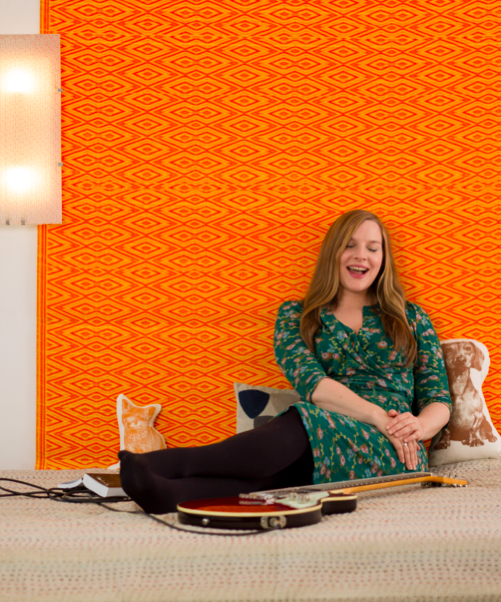 I sit peaceably in my favorite Kreuzberg cafe, drinking coffee and working intently, headphones covering my ears. At home, there are always these kids. And I must accept, after flailing around in my study for about a year, that I can’t work there. (Could anyone?) Super. Now I’m sitting here, and that’s OK, except when the music is a.) too loud, b.) too good, or c.) nearby conversations are either c.1) interesting or c.2) unbearable.

In this case: mildly interesting, and then unbearable. Out of the corner of my ear I initially overhear the following snippet of conversation in English:

“So, why do you think you should come and work for us…“

Aha. Job interview. In my favorite cafe? Puhleeeeease. You don’t come here to WORK. What the heck.

Something about the character of the interviewer’s voice is impossible for me to ignore, despite my subtle revulsion. Out of the corner of my eye I see the back of a head that’s been coiffed in an un-Kreuzbergish way, but I’m sure that that can only be a hyper-deliberate detail of a post-cool, very Kreuzberg-capable gesamtkunstwerk of style. Across from the gesamtkunstwerk sits a hip, young, self-aware Kreuzberg-exile girl whose status lies somewhere between tourist and impoverished refugee–so probably a big-city Spaniard.

“Actually, I wanted to ask you a few things first.”

What???? I think, and the interviewer is mildly shocked, too. I only see him from the back, at an angle, but his body language speaks volumes: he leans back, hands entwined behind his head, and opens his suit-clad legs into a dominant pose that screams: “jerk.”

Happily, and with inordinate self-assurance–as the jerk employer would say–the girl begins to report. She’s “rather overqualified for a simple internship,” and maybe some money could be shaken loose somewhere, because, you know, well, seriously?

And in the course of a five-minute conversation I become an involuntary witness to the total ickiness of the modern labor market, the offhanded shattering of a bright young person, the bursting of the IT bubble in the head of that likable girl.

The jerk, he says nothing. The girl, she begins to babble. The happy-but-brisk sound from the beginning of the conversation gives way at first to a derailed-but-brisk life-and-limb-stammer, and then crestfallen platitudes, and then… silence.

The girl says,“Well, at least it’s good to be honest, right?”

Mr. Back of the Head says: No. And shakes her hand.

The girl, now a bit less of a tourist, and a bit more of an impoverished refugee, leaves the cafe.

Barely five minutes later another young woman, this time an Asian, enters the cafe. The interviewer has apparently decided to stay in his backward-leaning jerkposture and extends his hand to her with a groan. This guy’s doing an interview marathon! In my cafe! Thoughts start bubbling up between my earphones, and I wonder whether I could get the baristas on my side, and whether we could round up enough ingredients in the kitchen to make a decent paint bomb.

This girl is not brash, but she knows basically no English. She is probably shamefully overqualified for his internship, in all honesty, but: who gives a shit. I can see the Back of the Head losing interest within two minutes. The conversation limps along for another five agonizing minutes before Mr. Jerk, in the middle of a stream of applicant-ese, leans forward and gives the young woman his hand.

In the next conversation, Mr. Boss-man rummages cheerfully through his leather(!) briefcase(!) and pulls out a thin stack of papers. And begins to read scripted interview questions immediately after saying hello. The bodacious afro-headed New York IT specialist turns as pale as she can as she answers his questions for ten painful minutes. But at “What do you think it is you can bring to our enterprise” she puts her coffee cup down and says, “You know what, I don’t think this is going so well.” And, “I’ll pay for my coffee.” Word! I applaud her to myself, as she leaves the place with her bouncing curls.

The IT-windbag remains seated, and smugly finishes his coffee. Now! I think. NOW, EVERYONE, GET UP, SURROUND HIM, AND SING SOMETHING BY TON, STEINE, SCHERBEN!!! A flashmob against the unspeakable assholery of hipster-capitalism! What better place for it than a Kreuzberg cafe?

Then he gets up, the man, and I see him from the front. The man is no hipster-ass. The man is, by all the fashion codes I know, just an ass. And I, despite the serious problems I otherwise have with the rampant “Kreuzberg for the Kreuzbergers”-mentality among bright young people, get up, run into the kitchen, grab myself a can of whipped-cream, and spray “Yuppies out” on the front window of the cafe. Then I drag Mr. Jerk himself out the door. And the whole cafe behind me sings along in unison as I bid him farewell with “Don’t Call Us, We’ll Call You.”

P.S.: A few of my Notes from Kreuzberg have also been published in the new Berlin edition of Merian Magazine. (Click below.) With fancy photos of me in front of psychedelic wallpaper. Yes, that’s my study and, yes, I like it that way, I can really concentrate there. That’s not the reason I flee to cafes.

A few Notes you’ve already seen have found their way into the magazine, but there are also a few new ones, including the one above. Enjoy!