I wrote this text for the Taz, the subject was, umm, my own sexual revolution, or some such thing. Maybe it was something completely different, something like… “Your opinion on the Grand Coalition,” and I just wanted to cut loose here. Whatever. In any case, I thought you’d certainly enjoy the piece, too:

A child of the sexual revolution? Here! I was conceived on a shag rug, and after the birth my scruffy parents groomed the shaggy strands off my wrinkly body–along with their eight potential (and real) communal-/ sexual-partners, who basically can’t be distinguished from my father in my childhood photos.

By the first day of communal pre-school I had long since been thoroughly enlightened, but in a worst-case scenario all accounts lay open for the sorts of entries that get high-ranking politicians into trouble these days.

When our parents sat in the kitchen, legs crossed, smoking, and discussed whether it was all right that Thinga had pulled the hair of Mabob, we children hid in a remote corner of the pre-school’s loft bed and played at shagging.

Obviously yearning for clear authority, we named one person (–usually the Thinga who had pulled Mabob’s hair–) as foreman, who loudly directed us as we practiced push-ups in earnest two-person combinations.

My own, real sexual revolution came later, when I noticed that during sex you don’t really have to somebody chanting One, Two! One, Two! 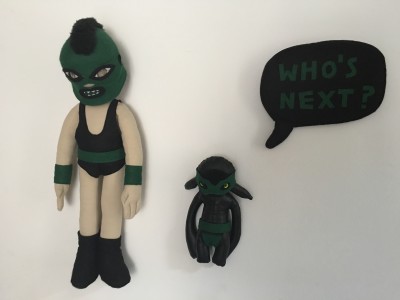