A Thank You Letter to Amanda Palmer

I just read your fantastic letter on not planning to crowdsource your baby, where you answer to a fans „anxieties“/ grievances about you becoming a mother –  and so beautifully describe how her angst feeds into your own worries.

And I just want to send over a ton of heartfelt support from Berlin! I have been a touring rocknroll mum for eight years now. I got pregnant six years into a career with a band called Wir sind Helden and kept that band going for another five years – two of those after the second baby joined the entourage. Headlined festivals in the middle of the night and got up the next morning at five to feed the baby. That kind of thing.  Oh, and also my husband happens to be that band´s drummer, so we had to take the kids everywhere we went.

Now my kids are eight and six years old, and while we did stop touring with that band (as a „downsizing/ freedom –enhancing“ move), I am still a touring, writing, shit kicking solo artist and loving it.

Yes, I´ve had to take a lot of bullshit, and sometimes I let people scare me and judge me and dishearten me – but I ve also received a lot of the same support a I see you receive on your plattforms. 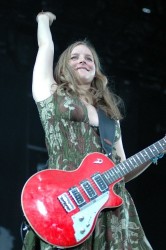 This is me when I´d have a bucket on the side of the stage because I unfortunately had evening sickness and would throw up before and after the show to make it through. Rock´n´Roll!

Also I wanted to tell you that I personally think I wrote some of my grittiest, most truthful songs after having the kids, for quite exactly the reasons you´re listing in your letter – and a couple more. You will not run out of interesting feelings to explore.

Thank you so much for speaking out, I wish I had read that letter when I was pregnant, and I hope it reaches a lot of women (artists or otherwise) now.

There´s a lot of things that can be challenging about being an artist mother, especially a very public one – but the baby compromising your art will not be one of those problems. Also, of course, it´s a lot of fun. And if we ever should meet in person, I´d be happy to pass on some of the the very weird and specialized „how –to“ knowledge I´ve come to amass. Starting with how to babyproof a tourbus. But also I´ll happily watch you and applaud your way of doing it – because I think you´re great, and you´ll do just fine.

One thing I´m convinced of: being a mother will make you take even less bullshit. Because you can´t afford to, and you have to protect yourself, your art and your family from it.

And that is a good thing for any artist. Right?

P.S. For your entertainment: this is a recent song I wrote about grown -up love (after kids), it features me being beaten black and blue by some beautiful babies and also I play the ukulele. Enjoy.

P.P. S for my dear readers, please check out all things Amanda Palmer – and read her book „The Art of Asking. My copy is a mess of scribbled exclamation marks and, yes, a few tears. I´ve just been asked to write a blurb for the back cover of the German translation („Die Kunst des Bittens“) and will expertly shower her with praise. :-) 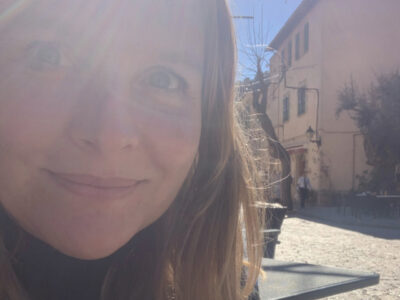 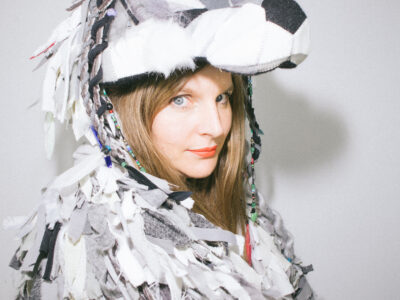 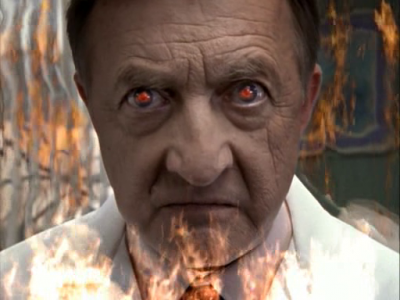